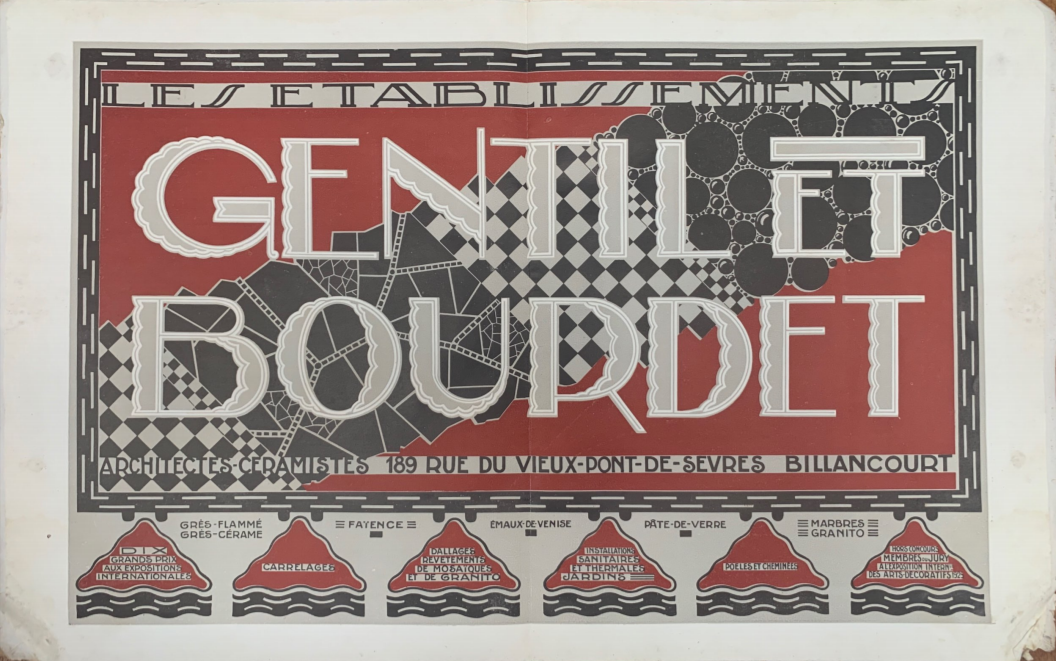 Alphonse Gentil (1872-1933) and François Eugène Bourdet (1874-1952) are two architects who founded in 1904 the Gentil & Bourdet firm, « Special agency of architecture for every models’ execution ». However, it is mostly their talents as ceramicists and mosaicists that Gentil and Bourdet have developed through their production – by the way, they define themselves as « ceramicists » in their Manuel d’application des grès – and were highly recognized for their ornamental terracottas and their decorative ceramics for architectural purpose.

These ancient students of the architect Victor Laloux have collaborated in particular to the edification of the great door by René Binet at the 1900 World’s Fair, before uniting themselves in a profitable and prolific association. Their firm established itself at the 189, rue du Vieux Pont de Sèvres in Billancourt. They appeared through the years as indispensable artists for architectural decoration, in particular during the 1920-1930 decade, during which their creations flourished on every types of urban buildings. Indeed, their production have transcended their times, form the Art Nouveau to the Art Deco, going through eclecticism or neoclassicism.

Among their most significant realisations, there is the mosaics, at the same time Art Deco and neo-Egyptian, on the Louxor movie theater in Paris (1921), or the architectural ceramics resolutely more modern on Henri Sauvage’s Studio Building facade, in the 14th arrondissement of Paris (1929-1932). However, numerous constructions, may they be in Paris or not, wear in their facades one or several elements of flambé stoneware or of architectural ceramics from the Gentil & Bourdet’s production, who knew how to become the emblema of a time and of a type of decoration.

Our promotional catalogue for diverse suppliers is similar to another one, dedicated to the Gentil & Bourdet mosaics, and accessible online on archives.org

Attributed to Gentil & Bourdet, according our Manuel d’application des grès. 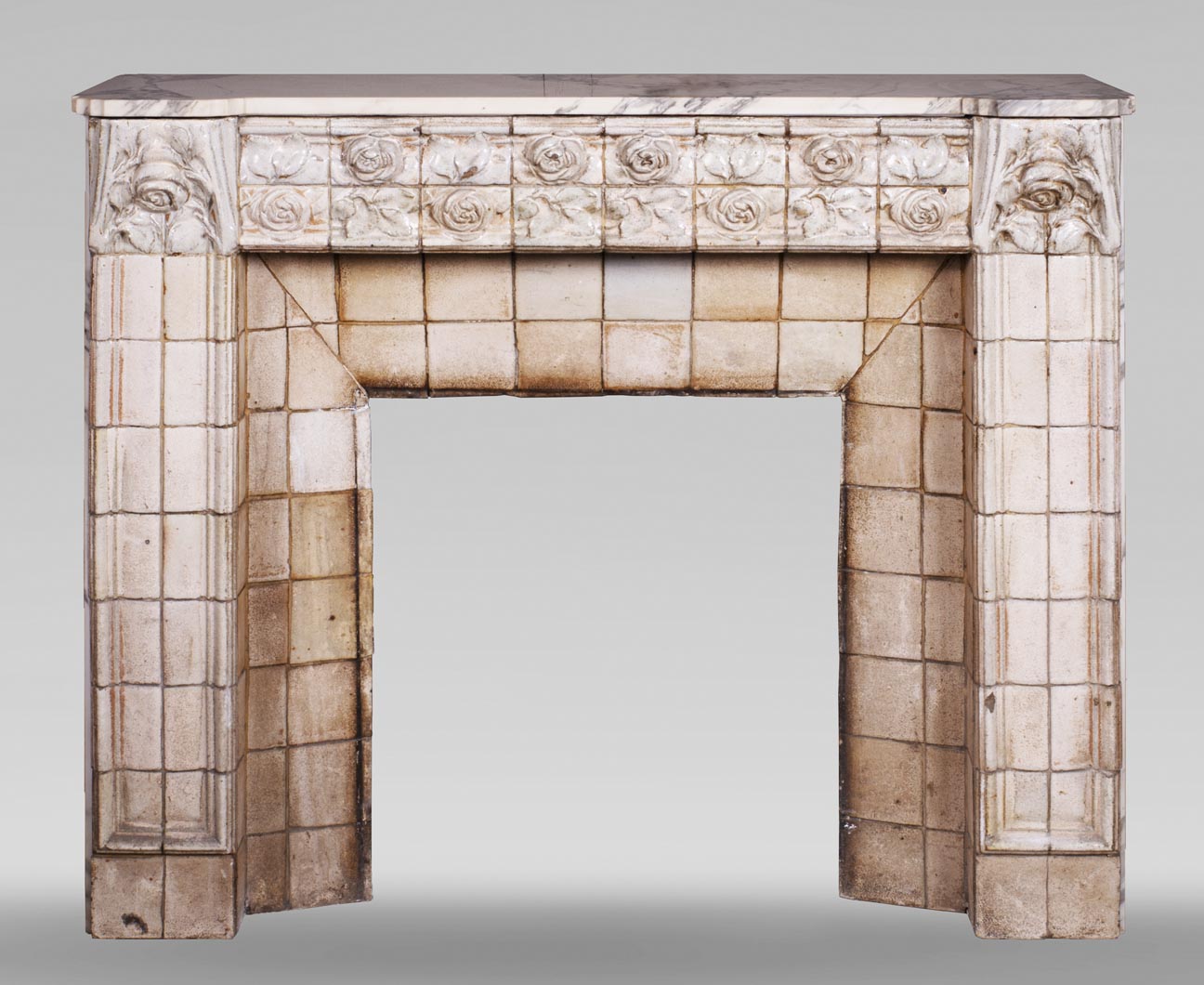 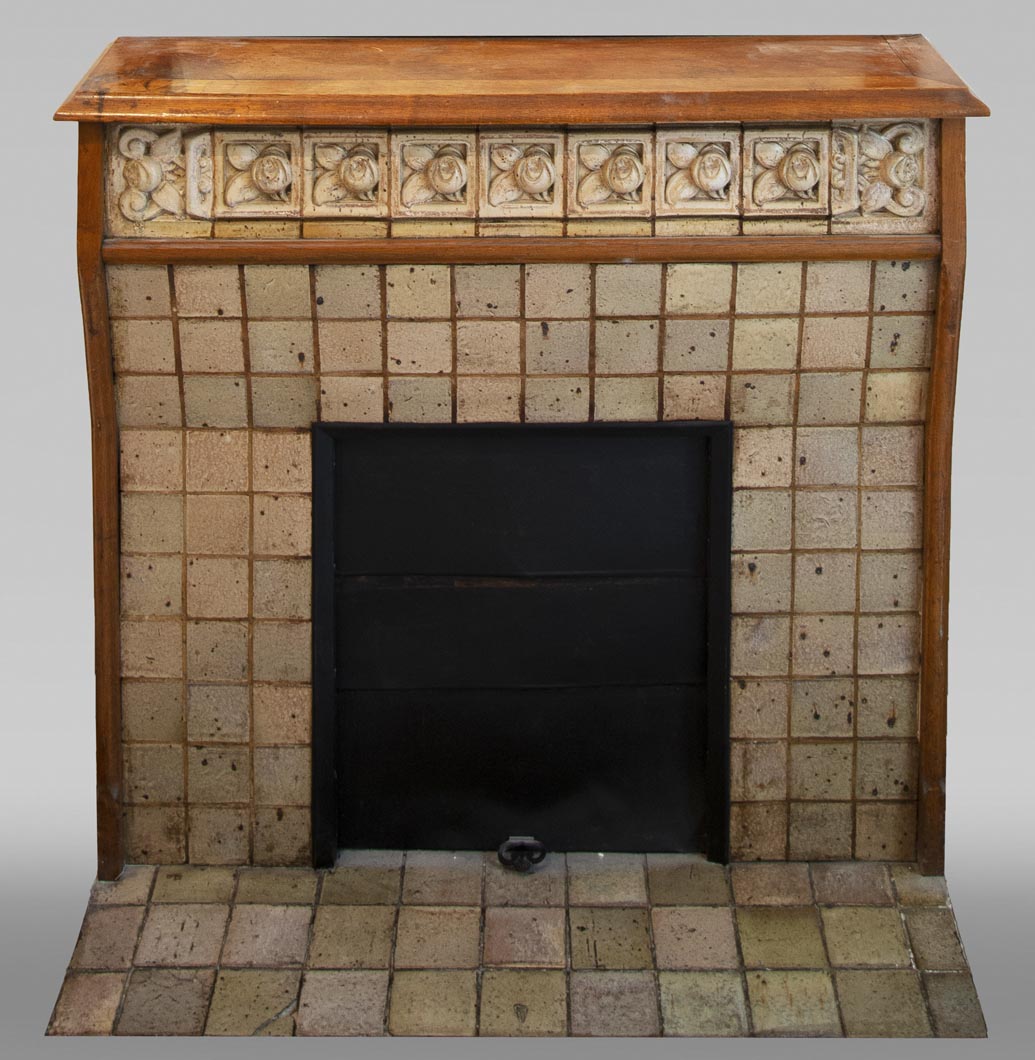 Attributed to Gentil & Bourdet, according our Manuel d’application des grès.

This fireplace also comes with a trumeau mirror. 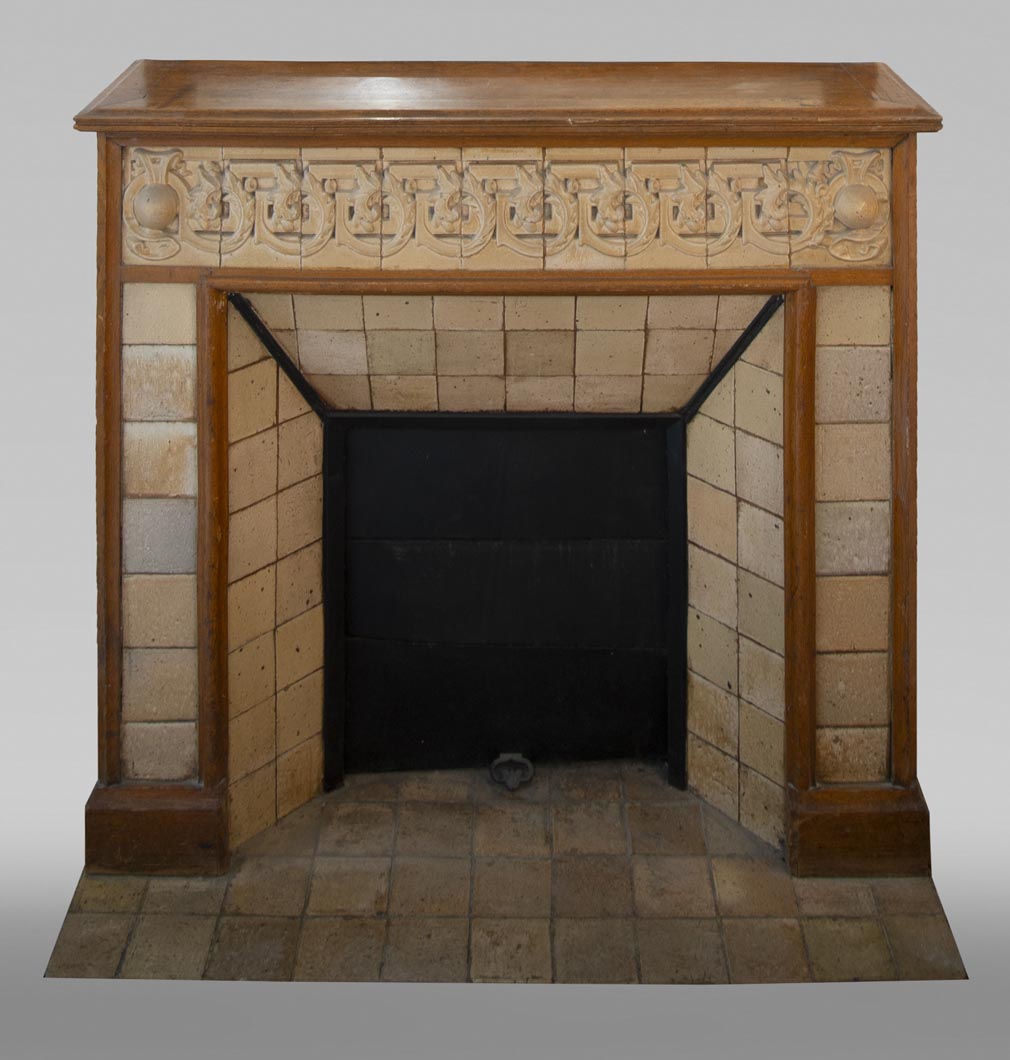 This fireplace also comes with a trumeau mirror.

You'll monthly receive the recap of all our activities, the last exhibitions, some articles about our exceptionnal art pieces and many other things to discover. 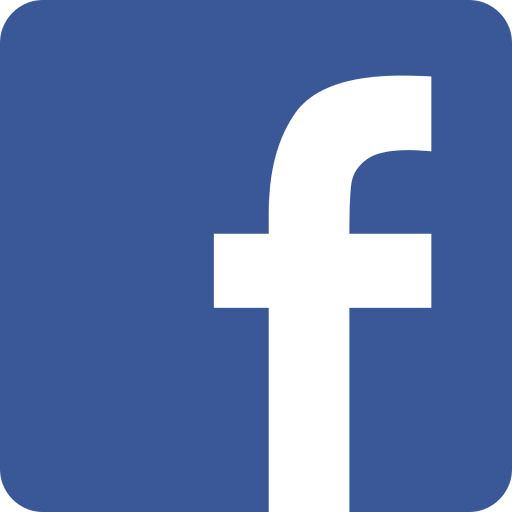 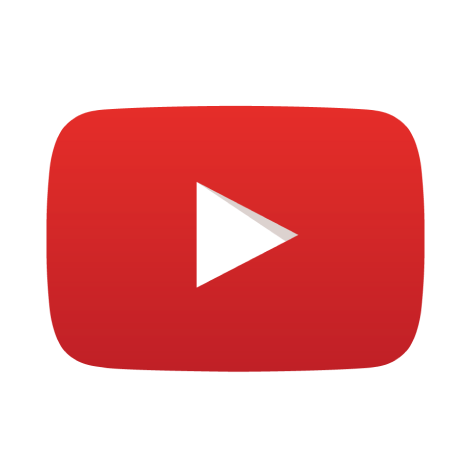 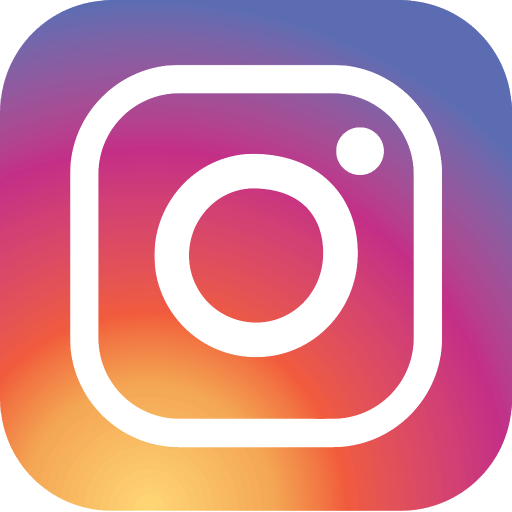 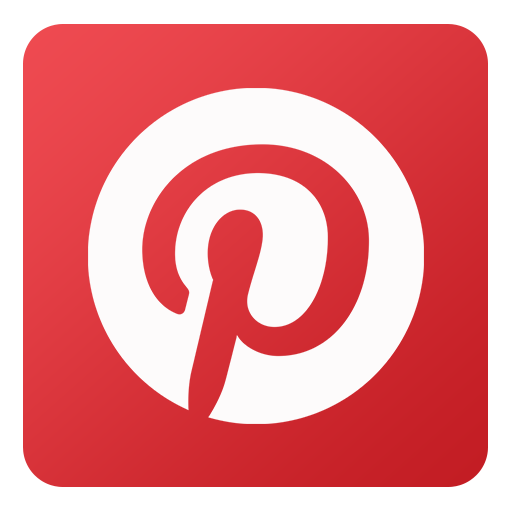